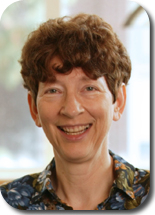 Margaret Burnett is a Professor of Computer Science at the School of Electrical Engineering and Computer Science at Oregon State University. Her current research focuses on end-user programming, end-user software engineering, and gender issues in those contexts. She has a long history of research in these issues and others relating to human issues of programming. She is also the principal architect of the Forms/3 and the FAR visual programming languages and, together with Gregg Rothermel, of the WYSIWYT testing methodology for end-user programmers. She is the founding Project Director of the EUSES Consortium, a multi-institution collaboration among Oregon State University and Carnegie Mellon, Drexel University, Pennsylvania State, University of Nebraska, University of Washington, University of Cambridge (U.K.), and IBM to help End Users Shape Effective Software.

Invited Talk: What is End-User Software Engineering and Why Does It Matter? 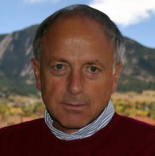 Gerhard Fischer is the director of the Center for Lifelong Learning and Design (L3D), a professor in the Department of Computer Science, and a fellow of the Institute of Cognitive Science, all at the University of Colorado, Boulder. His research interests include: lifelong learning, design, meta-design, software design, creativity, social creativity, distributed intelligence, human-computer interaction, and design-for-all (assistive technologies). Over the last twenty years, he has directed research projects and has published extensively in these areas.

Abstract. The first decade of the World Wide Web predominantly enforced a clear separation between designers and consumers. New technological developments, such as the cyberinfrastructure and Web 2.0 architectures, have emerged to support a participatory Web. These developments are the foundations for a fundamental shift from a consumer culture (specialized in producing finished goods to be consumed passively) to a culture of participation (in which all people are provided with the means to participate actively in personally meaningful activities). End-user development and meta-design provide foundations for this fundamental transformation. They explore and support new approaches for the design, adoption, appropriation, adaptation, evolution, and sharing of artifacts by all participating stakeholders. They take into account that cultures of participation are not dictated by technology alone: they are the result of incremental shifts in human behavior and social organizations.

A Professor of Learning Sciences at the University of Pennsylvania’s Graduate School at Education, Yasmin Kafai investigates learning opportunities in virtual worlds, designs media-rich programming tools and communities together with colleagues from MIT, USC and industry. In the early 90’s at the Media Lab she was one of the first researchers to engage hundreds of children as game designers in schools to learn about programming, mathematics and science. While at UCLA, she designed virtual epidemics in Whyville.net, an online world with millions of players age 8-16, to help teens learn about infectious disease. She also studied how urban youth create media art, games, and graphics in Scratch, a visual programming language developed together with MIT colleagues. Her research has been published in several books, among them “Minds in Play” (1995), “Constructionism in Practice” (1996 with Mitchel Resnick), “Beyond Barbie and Mortal Kombat: New Perspectives of Gender and Gaming” (2008 with Carrie Heeter, Jill Denner and Jennifer Sun) and the upcoming “The Computer Clubhouse: Constructionism and Creativity in Youth Communities” (with Kylie Peppler and Robbin Chapman). She has studied in France, Germany and the United States and holds a doctorate from Harvard University.

Abstract. Today, millions of youth not only participate but also contribute to network, blog, video and gaming sites by sharing graphics, writings, music and often their own work. While these forms of creative participation are now fixtures of youth culture, little progress has been made to engage youth in contributions that require them to be more technology fluent. My talk will focus on opportunities and challenges in creating and studying communities of young programmers. As an example, I will use Scratch, a media-rich programming environment developed together with Mitchel Resnick and colleagues at the MIT Media Lab to enhance technology fluency in Computer Clubhouses and afterschool programs in low-income communities. A shared Scratch community web site allows members to examine, discuss and comment on one another’s projects, and download programming code. During the last five years, we have studied the role different mediators play in forming and joining local and global communities of software designers. 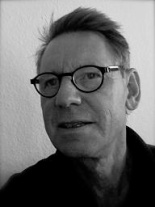 Professor Pelle Ehn has for more than three decades internationally played a major role in the research field of participatory design and in bridging design and information technology. Research projects include Demos from the seventies on information technology and work place democracy, UTOPIA from the eighties on user participation and skill based design, and ATELIER from this decade, on architecture and technology for creative environments. In 1998, he co-founded The School of Arts and Communication and the Interactive Institute as a kind of 'Digital Bauhaus' in Malmö, Sweden. His many volumes include Computers and Democracy (1987), Work-Oriented Design of Computer Artifacts (1988), Manifesto for a Digital Bauhaus (1998), Participatory Design and the Collective Designer (2002), Participation in Interaction Design (2006) and Out of the Box (2007). 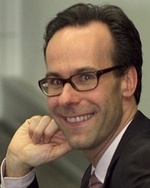 Frank T. Piller is a professor of management and chair of the Technology & Innovation Management Group of RWTH Aachen University. He was appointed to the chair after Prof. Dr. Hans-Horst Schröder retired in March 2007. He is also a founding faculty member of the MIT Smart Customization Group at the Massachusetts Institute of Technology, USA. Before entering his recent position, he worked at the MIT Sloan School of Management (BPS, Innovation and Entrepreneurship Group, 2004-2007) and has been an associate professor of management at TUM Business School, Technische Universitaet Muenchen (1999-2004), where he led the research team "Customer Centric Value Creation".

Jörg Beringer leads the user experience group of Emerging Solutions, an innovative development organization at SAP Labs, Palo Alto. The group is focused on new emergent trends in business applications. He joined SAP in 1997 and became responsible for managing strategic design projects within the EnjoySAP initiative. After establishing user centered design as part of SAP’s best practices in requirements engineering, he moved to the Enterprise Portal group where he specialized in user productivity and work group support in business applications. Jörg Beringer currently manages the user experience design group supporting xApps—SAP’s first generation of composite applications. In his architectural role, he is committed to promoting new ideas and innovative solutions for frameworks that improve the user experiences in business applications. He holds a PhD in Cognitive Psychology, from Technical University in Darmstadt.